This section focuses mainly on the production, distribution and use of electrical energy in Laos. In Laos, electricity is a key source of energy for domestic economic activities and its export provides revenue from neighboring countries.1

After an economic shift to an ‘open door’ policy in 1986, economic development has become rapid, with a change from mainly agriculture-oriented activities to development in other sectors including services and industry. As a result, energy demand has dramatically increased. The rapidly rising demand can best be seen in the growth 1990 to 2013 – while total energy demand was approximately 1,112 kTOE (kilotons of oil equivalent) in 1990, it had increased by 140 percent to 2,666 kTOE by 2013.2

The key challenges facing Laos’ energy sector and its expansion are:7 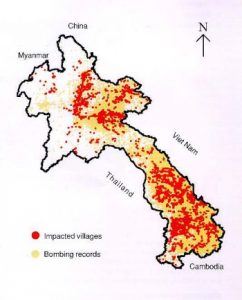 Lao PDR works to use its central location to its economic advantage, specifically as a land-locked country.8 Laos trades a great deal of electricity with Thailand and its other neighboring countries Vietnam and Cambodia. By 2030, it aims to increase overall power exports to 15,000 MW – 10,000 MW going to Thailand and 5,000 MW going to Vietnam, Cambodia and Myanmar.

Biomass consumption is the most abundant energy resource in the country and often does not need to be purchased. In 2013, biomass consumption was 1.27 MToe, which made up 51.3 percent of TPEC. The second highest consumed energy source was oil products. There are no oil refineries in Lao PDR, so imports come from Thailand and Vietnam.

In 2013, Lao PDR’s total primary energy supply (TPEC) was 2.47 MToe. The primary energy mix was oil, hydropower, coal, and biomass. Most of the electricity (56 percent) is produced by hydro dams.9

Around 20 percent of primary energy demand is met by nonrenewable energy sources which include oil (17 percent) and coal (3 percent).10 Currently, Lao coal reserves are estimated at 600–700 million tons, mainly consisting of lignite with small amounts of anthracite.11 Coal consumption is limited to a cement factory, which uses about 35,000 tons per year, and a few other smaller users. As for oil and natural gas, there have been no proven resources of them found in the country to date.

Non-renewable energy fuels (oil, natural gas and coal) are the most commonly traded energy commodities, but reserves worldwide are being depleted.12 Because of this trend, and the negative environmental effects that non-renewable energy sources carry, Lao PDR is working to replace them with renewable and alternative sources.13

Approximately 80 percent of primary energy demand is met by renewable energy sources such as biomass (68 percent) and hydropower (12 percent).14 Biomass is used at the household level for cooking, and in small-scale rural industrial production like tobacco processing.15 The biomass energy sources are derived from the agriculture and forestry sectors that produce waste in the form of sawdust, corn cobs, and rice straw and husks. These add up to the equivalent of 500 million tons of oil.16 To expand biofuel development, Lao PDR is creating a national program with a goal of introducing 10 percent biofuel in the transport sector by 2025.17

Solar power systems also contribute to the production of renewable energy. Lao PDR has an average of 200–300 sunlight days per year, with a potential capacity of solar energy of 4.5–5.0 kWH/m² per day.18 Solar power, while not the main energy source, has incredible potential to play a critical role in off-grid electric power for remote rural areas. To date, around 13,000 households in remote areas have been equipped with solar home systems.

Hydropower is a key source of electrical energy in Lao PDR. The Mekong river sub-basins have approximately 20,000 MW of viable hydropower potential; by 2013, 2,971 MW of this had been developed.

Most hydropower dams are on tributaries on the Mekong River and supply over 3,240 MW of hydropower. The earliest major dam, the Nam Ngum 1 Hydropower plant, was built on the Ngum River in 1971 in Vientiane Province.20 Until the end of the 20th century, the dam supplied most of the electricity used in Laos, as well as providing energy for export to Thailand. The largest power plant in terms of generating capacity is the Nam Theun 2 project, expected to generate $2 billion USD in revenues over a twenty-year period.21 Aside from these two major dams, the Lao government has to date signed MOUs or is conducting research on more than 70 hydropower projects.22 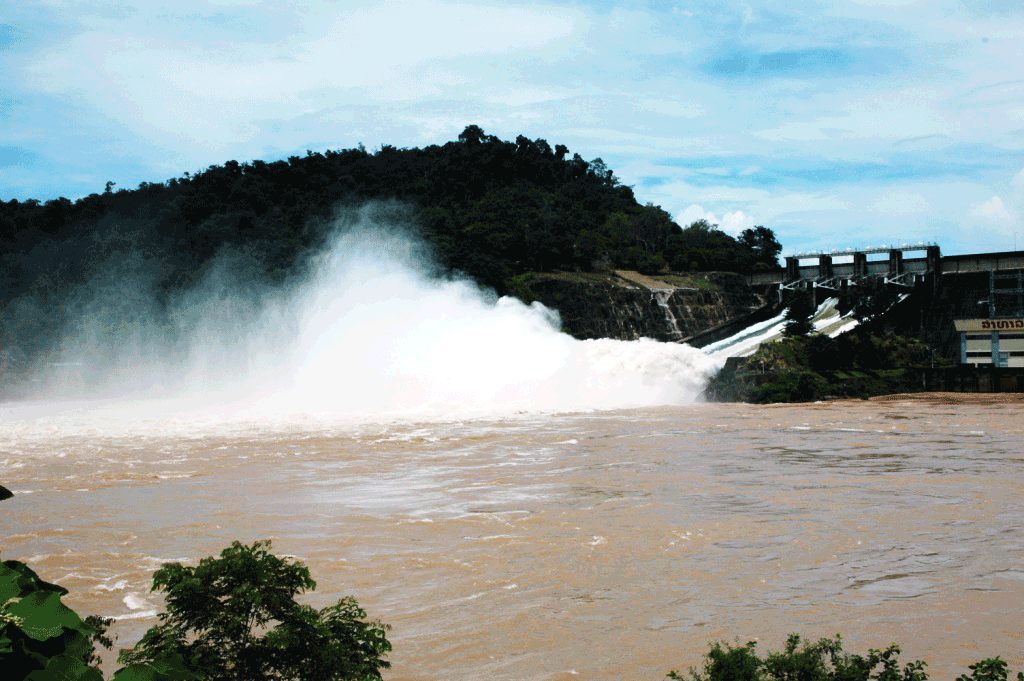 Within the broader category of hydropower is small hydropower – installations with less than 15 MW capacity. Small hydropower has an estimated potential of approximately 2,000 MW, making it a useful resource.

The government plans to increase the electrification rate to 90 percent by 2020, from 87 percent in 2013. Some other goals include:23

Related to the energy