State land leases and concessions in Laos are an economic arrangement in which the Lao Government rents state land at a yearly fee to both domestic and foreign investors for a wide range of economic activities including, but not limited to, agricultural and tree plantations, mining, hydropower, infrastructure, manufacturing, and real estate. Legally, leases and concessions are similar, the major difference being that concessions cannot be granted for less than five years while there is no minimum duration for leases.1 In practice, leases tend to be granted for smaller plots of land and for shorter durations of time than concessions. Leases also tend to be allocated for the use of already developed land (infrastructure, exploited resources, etc.) while concessions tend to be granted for land that is undeveloped.2The maximum land area and duration that can be granted varies depending upon the type of investment activity and the type of land acquired, but can be no larger than 50,000 hectares (ha) and no longer than 50 years.3, 4 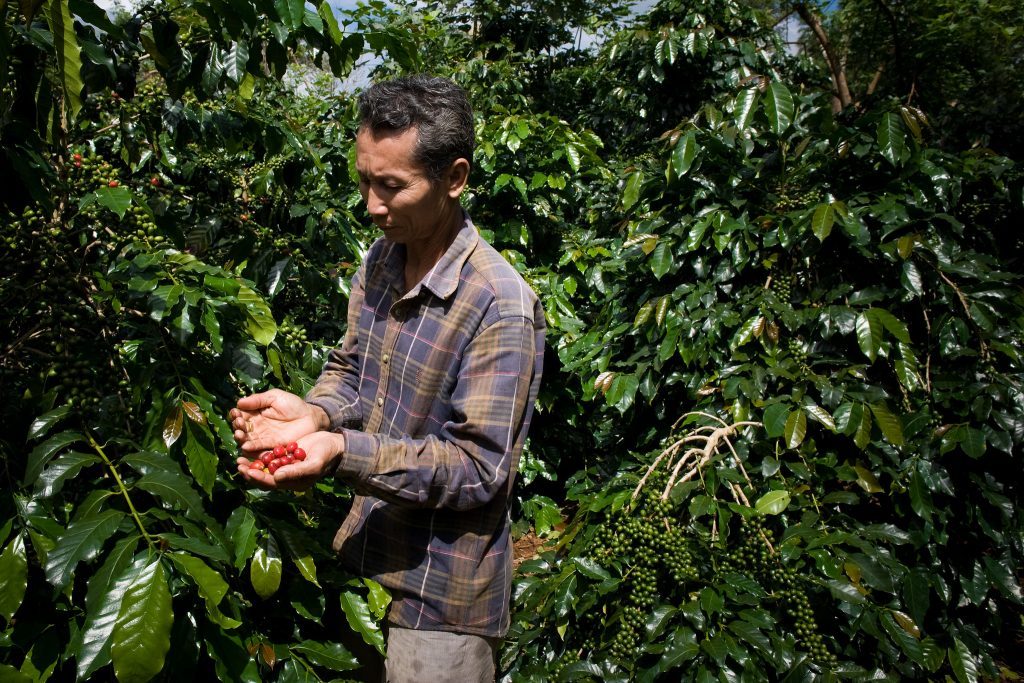 A coffee farmer in Pak Xong, southern Laos, at his coffee plantation near his house. Photo by Asian Development Bank on Flickr. Licensed under CC BY-NC-ND 2.0.

Most of the land was allocated for mining projects (not including mineral exploration) (50 percent), while other predominant sectors included tree plantations (28 percent) and agriculture (13 percent).5Investors from Vietnam have been allocated the largest amount of land (28 percent), followed by investors from China (18 percent), Laos (17 percent), and Thailand (7 percent).6 Despite these potential benefits, reports and papers published by government agencies, development agencies, and academics have shown that leases and concessions can have negative social and environmental impacts in rural areas.

Between 2000 to 2009, the Lao government granted 1.1 million ha of land in the form of state land leases and concessions to domestic and foreign investors for agriculture, forestry, mining, infrastructure, and manufacturing projects, equivalent to five percent of the national land area.7Of the 2,642 projects approved, the majority were under five hectares in size, while a few were up to and above 50,000 ha.8The government has promoted land lease and concession projects in order to facilitate economic growth, develop infrastructure in remote areas, create new industries and commodities for export, provide job opportunities, and generally reduce poverty.9 Despite these potential benefits, reports and papers published by government agencies, development agencies, and academics have shown that leases and concessions can have negative social and environmental impacts in rural areas.10,  11, 12, 13 Due to these problems and increasing complaints from the public about land conflicts related to concessions,14 the Lao government issued several moratoria on concessions, the most recent of which was passed in June 2012 and is still in place, preventing the approval of new concessions, but only for mining and some tree plantation projects (rubber and eucalyptus, which together comprise 73 percent of the concession area in the plantations sector).15, 16

Land leases and concessions have become an important component of the Lao government’s strategy for transitioning towards a market-based economy, generating rapid economic growth and enabling the country to graduate from the status of Least Developed Country by 2020. The 1992 Prime Ministerial Decree on Land was the first piece of legislation to allow foreign investment in land. However, land leases and concession began to take off in concert with the promotion of what the government has referred to as the Turning Land into Capital (TLIC) policy (han din pen theun in Lao). Although not formalized or specified in a legal document, TLIC broadly promotes activities like leases and concessions that use land to generate economic value, development, and revenues. Other TLIC-related activities include the development of land markets through land titling programs and the exchange of high-value government land for infrastructure built by private companies. While land leases and concessions are viewed by the government to be an important element of the Lao PDR’s rapid economic growth over the past decade, questions remain regarding the economic efficiency of the model as there have been reports showing that concession projects fail to produce crops efficiently or use the land that they have been allocated.17 The problem of concession operators leaving their land empty for long periods of time or not using all of the allocated land has, in particular, influenced the government to re-evaluate the TLIC policy.18As important has been the inability of the government to generate significant revenue from concessions or other TLIC schemes, like land for infrastructure arrangements.19 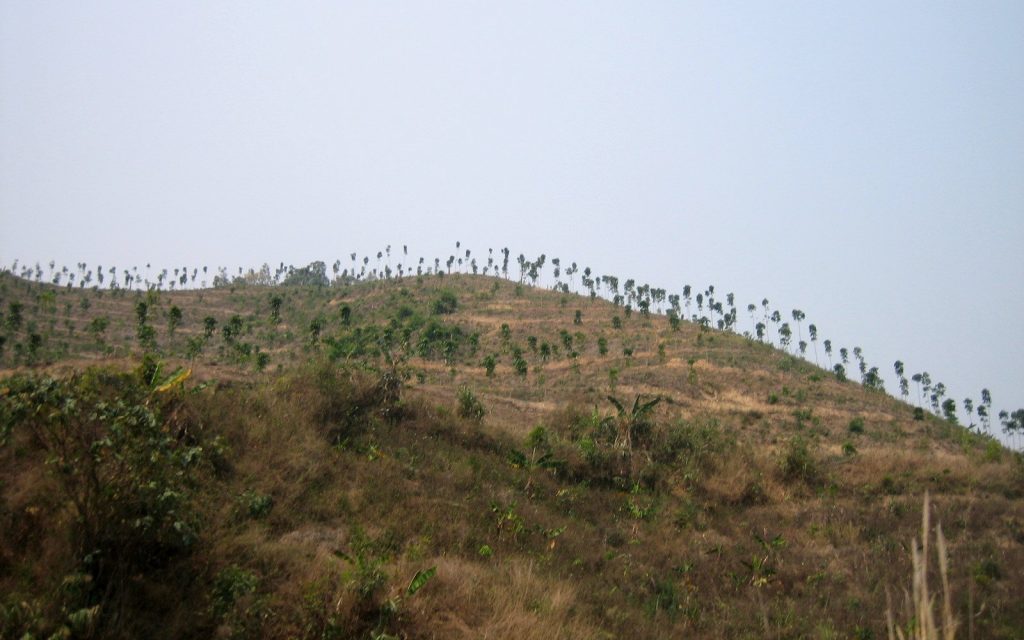 Just as important for prompting the reconsideration of the TLIC policy are the reported negative social and environmental impacts of land concessions upon rural communities. Although land concessions legally provide state land to investors for use, the land that is transferred iss commonly already in use and managed by local, rural communities for agricultural production, collection of forest products, and ecosystem services.20, 21, 22, 23The loss of such agricultural and forest lands often leads to a loss of food production, resources for consumption, and sources of income. Losing access to communal forests is particularly detrimental for rural women, who are often responsible for collecting forest products from such areas and thus have to search longer and harder to collect the same amount as before.24Ethnic minority groups are often impacted heavily by concessions because they use and manage the upland swidden agriculture and forest landscapes that are most commonly targeted.25, 26 Although villagers can receive financial compensation  for some of the lands lost, gain better access to road and electric infrastructure, and can earn a cash income from working as wage laborers (especially for plantation projects) studies have shown that the economic benefits gained do not sufficiently compensate for the lost land, resources, consumption, and income.27, 28, 29 Environmentally, land concessions have led to deforestation through processes of forest conversion and the expansion of illegal logging networks, the chemical pollution of soils and waterways, and the drying and blockage of local water sources.30, 31, 32

Due to the challenges that land concessions face on multiple fronts, in 2012 the Lao government placed a moratorium on new concessions for mining, rubber, and eucalyptus to provide a period for the government to evaluate the impact of concession projects and reflect upon necessary policy changes. Although the moratorium was originally set to expire at the end of 2015, due to the ongoing challenges the government has kept it in place until now. Furthermore, the new Prime Minister as of 2016, Mr. Thongloun Sisoulith, is seeking to address several major development challenges that Laos face as well as illegal logging and corruption. Reducing public conflict over land issues is another important focus of the new leadership, including a reconsideration of the TLIC policy. Furthermore, the government is revising the Land Law, Forest Law, and Investment Promotion Law, thus potentially shaping the future direction of land concessions in Laos.