All land and the natural resources found under or on it is managed by the State on behalf of the national community in Lao PDR.1 However, the state recognizes long-term, alienable usage rights over both land and resources.2 “Forestland” is one of eight categories that the government designates land.3 As clearly indicated in the 2017 Forest Law, not all forests are found on forestland, and not all forestland always contains forest. Rather, “forest” is defined as an ecological category: “land with various tree species growing naturally or planted in an area more than zero point five (0.5) hectares with crown cover more than 20 percent (20%).”4 “Forestland” is a national level administrative category and is a land designation.5

Protection and conservation forests have more restrictions on use than production forests. To convert forests from protection or conservation to production requires a proposal by the Government (i.e. the cabinet) approved by the National Assembly. Conversion of any of the three types of forest to non-forestland also requires National Assembly approval of a Government proposal. Other transformations of forest type require a proposal from the Ministry of Agriculture and Forestry (MAF) approved by the Government.11

MAF – Department of Forestry has primary jurisdiction over forests and forestlands, although the law also encourages the involvement of provincial and district authorities in decisions, especially those around allocation of forest land.

MAF is responsible for developing regulations under the Forestry Law and other relevant laws, developing national strategic plans for the forestry sector, registering timber, combating illegal forestry and violations of forestry laws, collecting and publishing data, proposing new designated forests, and much more.12 In many cases, Provincial Agriculture and Forestry Offices, (PAFOs) and the District Agriculture and Forestry Offices (DAFOs), which are agencies under subnational levels of government, play an important role in forest management. For example, PAFOs are empowered to develop logging plans, which they submit to provincial authorities for approval, before sending to MAF.13

PAFOs, DAFOs and village level authorities are also given other important roles by the law. Article 111 of the revised Forestry Law says the government “shall” allocate forests and forestland after classification and delineation to provincial, district, and village authorities “to be responsible for management, inspection, preservation, development and utilization strictly in accordance with laws.”14 District administration authorities are also empowered to then allocate forest land to village authorities.15 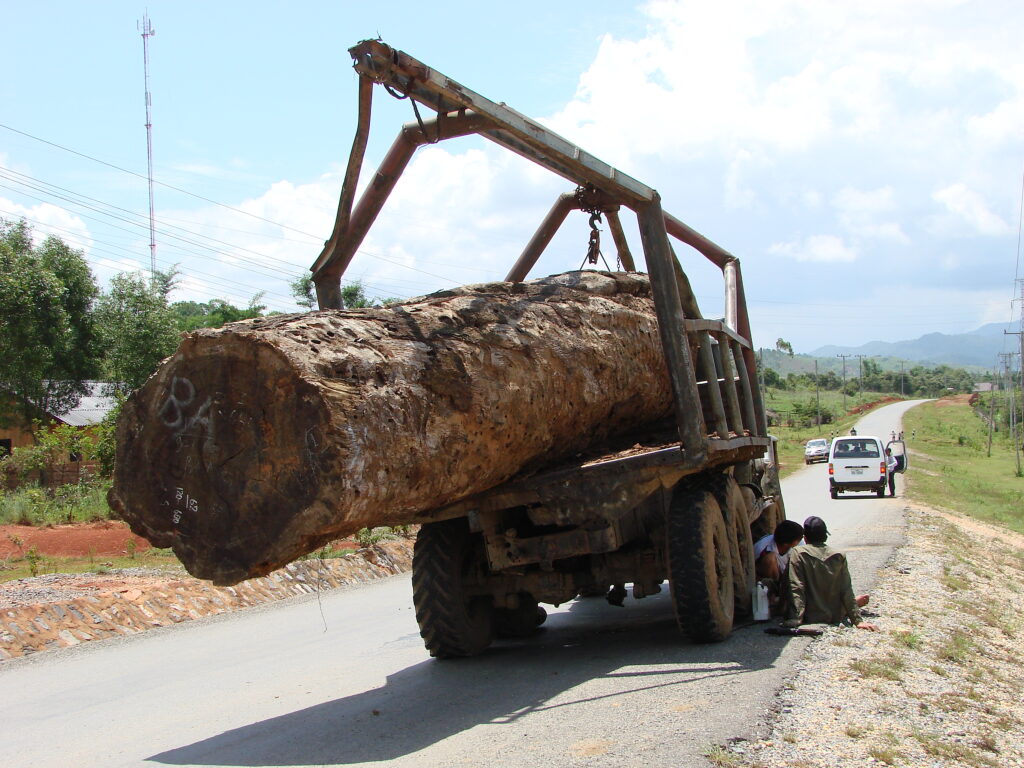 Forest land may also be allocated for management and use to individuals, communities, or legal persons—through direct grants, leases, or concessions. Depending on the type of forest, and the size and purpose of the grant, lease, or concession, either the Government or National Assembly or provincial authority must approve any concessions.16 MAF also plays a role in reviewing the technical aspects of concession projects.17

Other national ministries also play important roles. The Ministry of Industry and Commerce regulates timber processing facilities, manages timber auctions, and collects data on timber sales.18 The Ministry of Finance collects fees from businesses operating concessions, as well as royalties on timber sales, which it allocates to the Forest Protection Development Fund.19

Below are the general restrictions on use by categorization of forest. Further distinctions are made based on to whom forest is allocated (village, individual/household, company), and for what purpose.

Protection forests are divided into zones with different permitted activities. In the “ absolute prohibited zone,” only scientific research & ecotourism are allowed.20 In contrast, “utilization zones” are allocated for villages in and adjacent to protection forests. In these zones, ecotourism, harvesting of NTFPs, agriculture, and tree plantations are allowed, though harvesting timber for commercial purposes is not.21

Conservation forests also contain absolute prohibited and utilization zones with the same restrictions described above. They may contain a further category: buffer zones, which are allocated for village uses that are not specified in the Forestry Law, but presumably are broader than in controlled use zones. Especially valuable conservation forests can also be designated as wildlife conservation areas, national parks, or regional or world heritage sites,22 which have extra protections and funding associated with them.23

Finally, in production forests, the actual procedures for use depend on whether they are plantation or natural forest. Owners of approved plantation forests are only required to notify relevant authorities when harvesting timber or NTFPs.24 On the other hand, in natural forests, MAF marks which trees may be cut, awards contracts to a company, and verifies compliance during and after harvest.25 Harvesting NTFPs from natural forests is allowed after MAF grants land use rights, and must be consistent with the annual plan.26 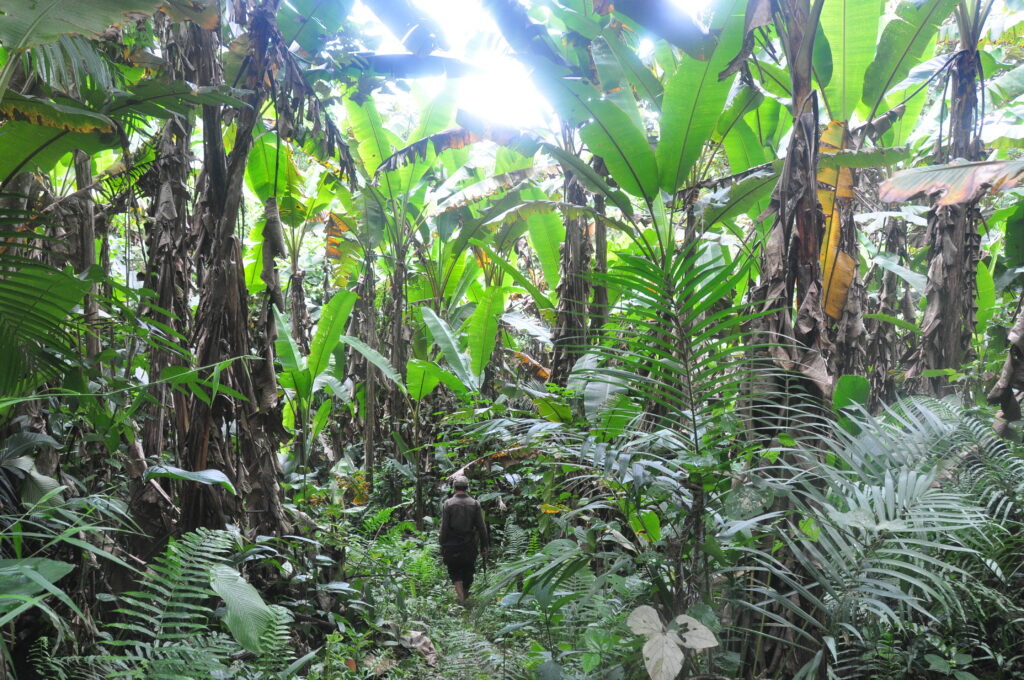 The state manages the land designated as forest as well as natural forest. It can dispose of this land according to the rules below. Meanwhile individuals and organizations own and can harvest trees that they have planted on land on which they have permanent usage rights.27 They can also own trees growing naturally in rice paddies and other non-forest areas, but must get permission to harvest from the central MAF office or the DAFO, depending on the species.

Any type of forestland, as well as land not officially designated forest, can be designated for village management. These areas designated for village management are zoned according to the traditional three zones of protection, conservation and production forest, but also contain a fourth category, “village use forest” from which timber may be collected for village-level, non-commercial purposes.28 This system replaced earlier models of participatory forest management which arguably provided greater economic livelihood opportunities to communities.29 Notably, although the Forestry Law recognizes customary uses of forest as one permissible type of forest use,30 Lao PDR has long had a policy of discouraging shifting cultivation.31 The National Forest Strategy differentiates between shifting cultivation (which expands into previously intact natural forest) and rotational cultivation which does not.32 Such distinctions are difficult to map with only remote sensing and require real engagement with communities and reliance on local knowledge.

The rules around leasing or granting concessions on forest land to households, individuals and companies are less clear. The Forestry Law says that the state can allocate forest land to any of these persons for management.33 Allocations to households and individuals have additional restrictions under the Land Law. Unless in the form of a lease, any allocation of forest land must be unstocked or degraded forest, only for up to 3 has. and initially only for a trial period of three years.34 Households are restricted to conducting only the activities specifically allowed by the law. If they plant forest on this land, they can harvest the trees or generate income from carbon sales in these planted forests.35 In addition, rights to use planted forest can be transferred or inherited, while this is not possible in natural forest.36

Regarding leases or concessions, the law states that they may only be made on designated land, but does not provide criteria for what land can be designated.37 The Forestry Law does specify five different purposes for granting leases or concessions: ecotourism, natural regeneration of forests, forest plantations, operating forest ecosystem activities, and mining.38 It is unclear whether these purposes are meant to be exhaustive, and one is not currently permitted: a ban on mining concessions was extended in 2016.39

The law also treats “conversion” of forest land separately, which seemingly can be for any purpose, as long as it “brings the highest benefit to the nation and the livelihood of people”40 and does not have “serious” negative environmental or social consequences. The law explicitly contemplates conversion for hydropower.41 It says conversion must follow the same principles as leases or concessions.42 Regardless, under lease, concession, or conversion, the state retains the ownership right in any timber found on the land, except for trees planted by the lessee/concessionaire.43 This confirms a 2016 order from the Prime Minister which stated, among other things, that any timber harvested during road construction was the property of the state.44

The Forestry Law commits MAF to developing a Timber Legality Assurance System.45 Such a system is also a crucial component of a Voluntary Partnership Agreement (VPA) that may be signed by Lao PDR with the European Union to demonstrate compliance with the requirements of the EU Timber Regulation. . In 2017, Lao PDR entered official negotiations with the EU on such a VPA. The process is lengthy and could take several more years. 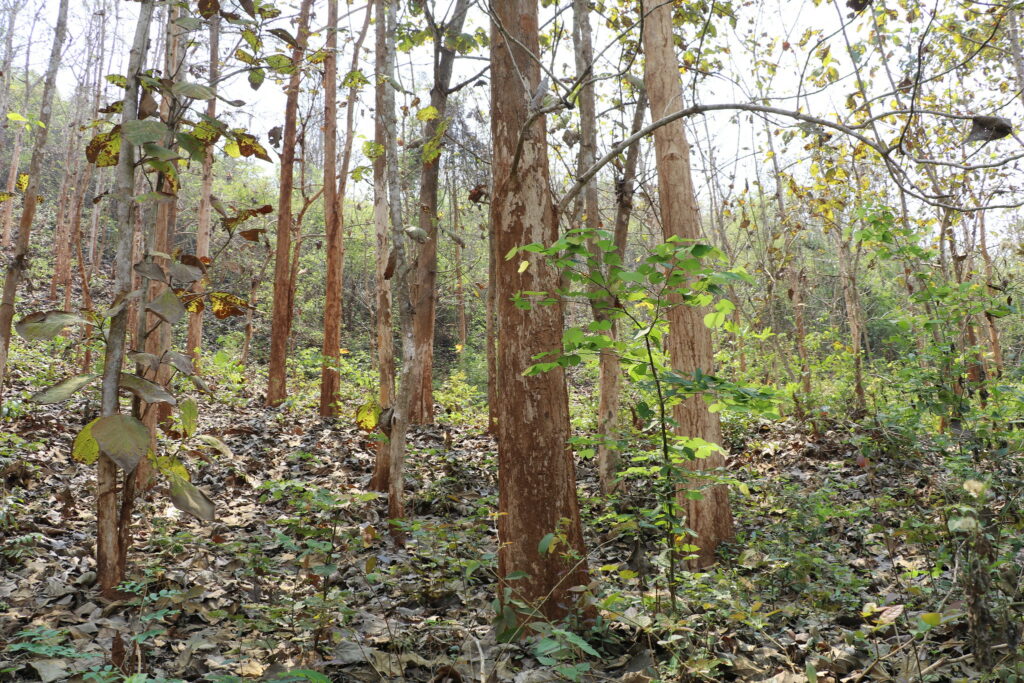 Teak is a very valuable wood, subject to significant illegal logging, and is captured under relevant Laos forestry protection policies. Photo by Terry Feuerborn via Flickr. Licensed under CC BY-NC 2.0.

Certain components of ensuring timber legality are already specified in the Forestry Law. For example:

Lao PDR is also enthusiastically pursuing REDD+, a framework under the United Nations Framework Convention on Climate Change, through which developing countries are paid for reductions in emissions associated with deforestation and degradation, and improvements in sustainable forest management. The Forestry Law encourages forest carbon trading. It does not specify ownership rights in carbon, but defines forest carbon trading as payment to those who manage, protect and develop the forest to prevent deforestation.52This may be the state, or households, organizations or legal persons, either under a long-term grant of use rights or through a forestry business.53